Six years ago, when Encounters International just started I had a dream. While introducing the only one married couple to a dozen of curious single men who came to the first EI Open House '93 I dreamed that there would come a time when the oversized premises of Encounters International will not be big enough to host all of the happy couples in EI family and we would hold our Open House event each year in a different state of the United States, in a different country in the world... "Aim at the sun and you will shoot the moon", used to say my swimming couch in Moscow . And although the Encounters International Open House in Monaco is still not in the picture for the year 2000, our reunion in Florida has become a reality.

Why Florida? Last year EI Open House '99 event was so overcrowded that an issue of renting a hotel ballroom for this occasion next time was raised more than once. For many couples a trip to EI Open House in Bethesda combines the excitement of the event itself and the pleasure of touring Washington, DC, the nation's capital (often for the first time, especially for Russian women). Orlando, FL has the same magnitude of attraction and more -- it is warm there at this time of the year! And it is a fun place!

My dear friends Jim and Natalia who met at our first Saturday Club and never missed this monthly get together since then, have temporarily moved to Orlando, FL. Together with a few other EI couples who live in Florida, they offered to organize the details and logistics of this exciting project. They will get us the best price for a group package for hotel rooms at this time of the year and also make the reservations for the New Year's eve Encounters International Open House Party.

In order to better estimate the number of people planning to come and get the best possible hotel room rates I would ask you to please make reservation in advance. Please e-mail to natasha@encount.com with the word "reservation" in the subject line. Please have your reservations in no later than December 1, 1999

Encounters International New Year's Eve/Open House 2000 program will start on December 31, 1999. We plan to have a champagne dinner and a dance party in a hotel we will be staying at. Also, we plan to continue celebrating the beginning of the new millennium the next day, January 1, 2000 in Disney World. Although this will be a little questionable given the Russian tradition to stay up all New Year's Eve night and sleep half of the following day. That is because we, Russians, believe that the way you spend your New Year's Eve night will be the way you will spend the rest of the year. So when we celebrate it, we celebrate it Big Time!.

As soon as the hotel has been selected, I will make an announcement on "What's New" section of our web site. Since most of EI couples (specifically men) jokingly confess that they look at the Encounters International web page only when they get into a fight with their Russian wives, I will send the letter of invitation to them by mail. Also, we'll arrange a car pool for single women who are planning to attend the event. I am sure that EI single clients will be willing to extend the curtesy and give a lift to our beautiful ladies located in the area.

I am looking forward to seeing as many of you as possible at our Open House 2000 and may the Russian belief about the way how you spend your New Year's Eve will effect not only the rest of the year, but the rest of the Millennium. Smile!

Encounters International reunion will be held on Friday, December 31, 1999 in Baskervilles Nightly Dinner Buffets at Grosvenor Resort in the Walt Disney World Resorts. Its address is 1850 Hotel Plaza Blvd., Lake Buena Vista, FL 32830. Telephone: 407-828-4444. It has live dance music and live entertainment. The price is $16.95 per person or $10.95 if we have early dinner (starting 6 PM) in order to make it to Millennium Illumination midnight party at Disney World. The buffet menu that night will include seafood and prime rib.

Since many of EI clients are employed in the computer field, Y2K concerns affected them directly. Many have to be on call and cannot commit to the trip in advance. So, we decided to leave it up to the couples to take care of their own accommodations. There are some resources that will help. They are: Orlando Chamber of Commerce 407-425-1234 will provide you with the information about the availability and the cost of accommodations. Beverly, our hard working travel agent, who is coordinating this project can help too. Her phone number is 301-299-4881. She will make the reservation for you. But the easiest way to do it is to call the central reservation number at 1-800-548-3311 and ask for Danny. She knows about Encounters International and will accommodate you.

We are looking forward to seeing all of you and having a night of fun. 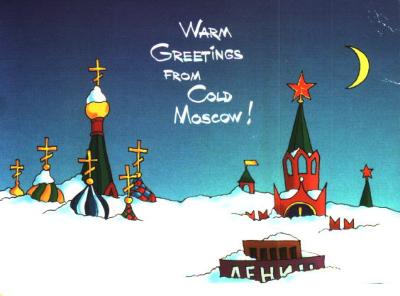